Congratulations to the 2019 Sir Albert Costain Award winners - Kate Lazenby, Katie Dawson and Niku Nobakhti. Kate Lazenby was unable to be at the Annual Dinner to receive her award in person, which is why her photograph is missing below.

Kate Lazenby is a Business Development Consultant located in Solihull.

Kate began her time with Costain as a Document Controller in 2010 and over a seven year period, utilizing a mix of learning from others and attending courses, she has developed her career and become a Business Development Consultant as well as securing a position on the Costain Emerging Leaders Programme. Her personal development has seen her take on a number of roles with external, industrial expertise organisations where she has not only excelled herself but has ensured that Costain is placed at the centre of key industry topics.

The judges were justifiably impressed not only by Kate’s enthusiasm and drive in developing her skills and career through a variety of learning processes but by the benefits she has brought to Costain through her work with external bodies and Costain clients.

Katie was described as the perfect example of a success story from the Costain PhD community – her research having taken Costain to the forefront in her area of consultancy. Katie’s research leadership, her instrumental role in developing Costain’s GIS team and providing in-house capabilities for greater engineering decision making led to her nomination for the SACMA award. As a researcher Katie successfully built a relationship between Costain and Reading University leading to Costain’s further investment to its PhD program putting Costain at the forefront of technical sustainability. Katie was also gained the Fiatech CETI award in 2016 and was nominated for the NCE100s Technology Trailblazer award in 2017.

It is not difficult to see from her nomination why Katie was chosen by the judges as a winner of the 2019 SACMA Award, her academic success in her PhD research and its application within the Costain GIS team, which she has helped to build, has led to Costain being in the forefront of GIS technology being applied to engineering solutions as well as positively influencing the development of Costain’s PhD program.

Niku Nobakhti is a Chemical Process Engineer located in Manchester.

Since graduating and joining Costain in 2013 Niku has thrown herself into both formal and on-the –job training to develop herself by:-

The judges were unanimous in recognising Niku’s dedication to training and self-development, not only of herself but by her support for others in their training all fundamental attributes in the ethos of the SACMA. Her achievements since graduation in Costain’s Oil and Gas Sector have been spectacular making her a worthy winner of the 2019 Award. 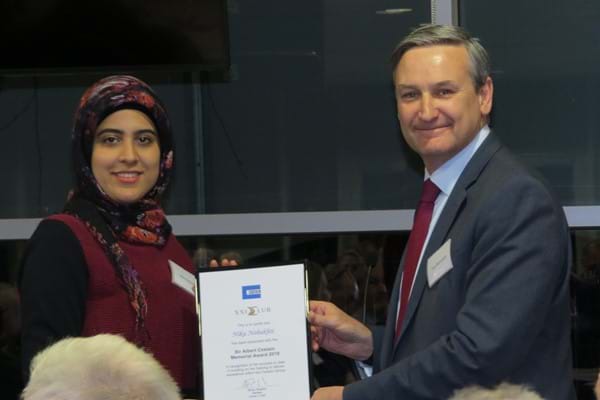 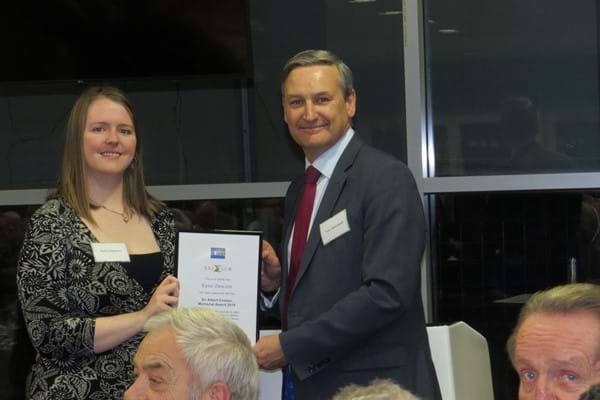